On Tuesday, February 9, 2016, a rare pause was taken in production at Somic America’s location in Wytheville, Virginia.

Employees, management, contractors, engineers, local leaders, and others gathered as ground was broken on a 50,000 square foot expansion that will significantly increase the manufacturing facility’s footprint in Progress Park. Somic America’s investment in this project is expected to be just over $10 million.

The snowy, blustery day did not put a damper on the enthusiasm shared by those in attendance as shovels broke into the wintry ground in back of their current facility.
Peter Argue, Somic America’s Vice President of Operations addressed the assembled crowd of over 100 people and said, “We’ve come a long way in our first fifteen years here and I’m looking forward to our continued success in the next fifteen.” 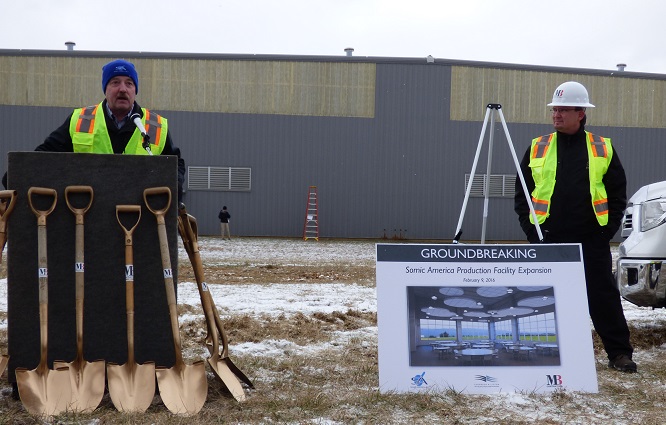 Somic America’s roots in Wythe County can be traced back to 2000 with the establishment of Wytheville Technologies, Inc. The company manufactures precision suspension components for the automobile industry, with Toyota being a primary client. It is a joint venture/subsidiary of Somic Ishikawa, a company that has a relationship with Toyota dating back to 1937.

With this expansion, Somic America’s facility will grow to over 200,000 square feet in Wythe County’s Progress Park. The company’s location here currently employs over 330 people.

Argue added: “We appreciate all the support shown by Wythe County and others in helping us grow over the years. Most of the thanks is due to our employees. Without their hard work we wouldn’t be where we are today and we wouldn’t be expanding without their continued efforts.”

Tim Reeves, Chairman of Wythe County’s Board of Supervisors said, “The newest investment by Somic America into its Wythe County manufacturing operation is a testament to the strong business climate we have here. We applaud their years of success and look forward to many more.”

Thompson & Litton is serving as the architecture and engineering firm on the project while MB Contractors, Inc., of Roanoke is the general contractor.

Eric Gentry, Thompson & Litton Project Manager commented, “Thompson & Litton (T&L) is pleased to be a part of this exciting project with Somic America. Our mission at T&L is to enhance the built environment we live in, and improve the quality of life in the region. This project will allow Somic America to expand their facility for their business as well as add new areas for the enjoyment and use of the employees.”

MB Contractors Director of Business Development Carissa Mulahn said that work is already underway: “MB Contractors was honored to be invited to the select bid opportunity for the Somic America Wytheville expansion by Thompson and Litton. We are thrilled to have been selected as the general contractor, and look forward to smooth progress on this already promising project. Site coordination work is well underway.”

In related good news, MB Contractors has already hired four new employees in preparation for the construction of this project.

Joint IDA of Wythe County Chairman David Kause said, “The Joint IDA is proud to have supported Somic America’s expansion here in Progress Park. We greatly value their contributions as a manufacturer to our growing economic base.”

David Manley, Executive Director of the Joint IDA of Wythe County concluded, “Somic America’s expansion is another example of Wythe County’s strong manufacturing sector continuing to grow. This investment will provide benefits for years to come to our citizens and our economy.” 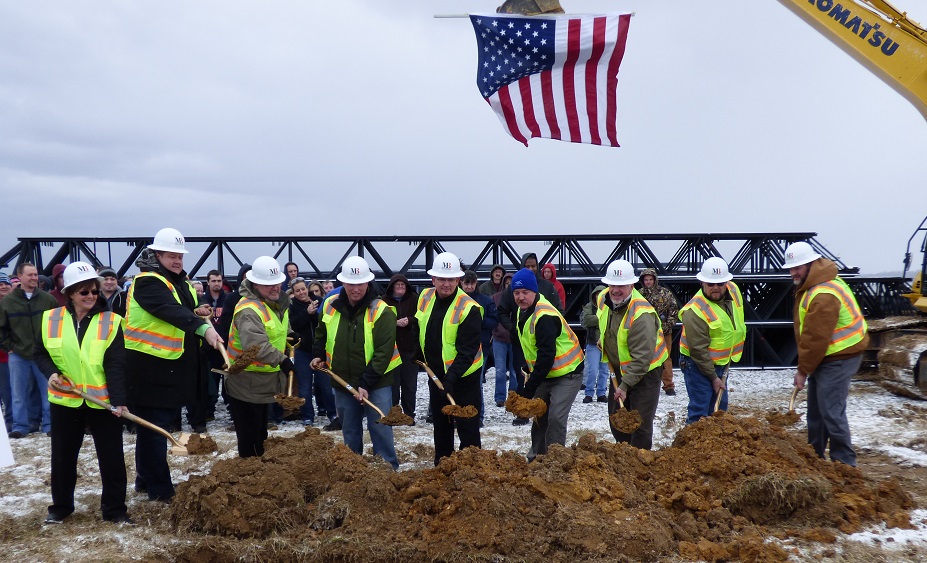 Representatives of Somic America, Thompson & Litton, MB Contractors, the Wytheville-Wythe-Bland Chamber of Commerce and the Joint IDA of Wythe County throw the first shovels of ceremonial dirt at the Progress Park construction site

Manage Cookie Consent
To provide the best experiences, we use technologies like cookies to store and/or access device information. Consenting to these technologies will allow us to process data such as browsing behavior or unique IDs on this site. Not consenting or withdrawing consent, may adversely affect certain features and functions.
Manage options Manage services Manage vendors Read more about these purposes
View preferences
{title} {title} {title}